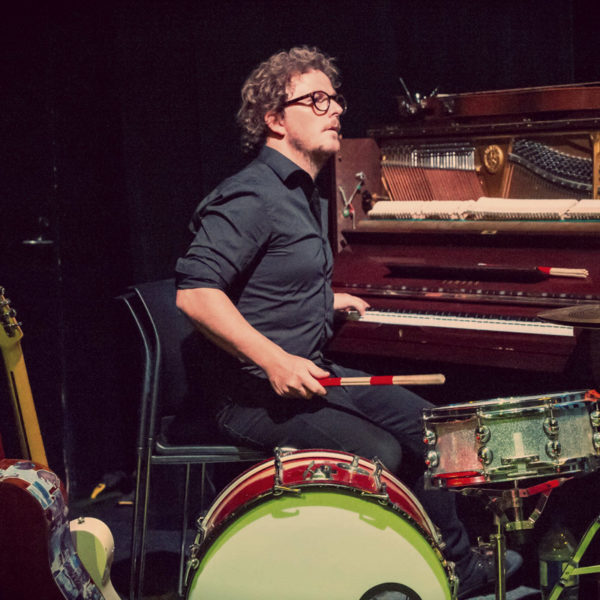 Andy is a multi-instrumentalist and composer. He produces music for a wide range of media and has written and performed for many live theatre and dance shows. His music has been featured on several TV and Radio shows. He wrote the theme tune and sonic branding for the hit TV show The Gadget Show and has written for two films including the award winning feature Lad: A Yorkshire Story.

Andy played guitar and keyboards with the Pigeon Detectives for 3 years and has toured with many bands and played at major venues including Manchester Evening News Arena and Hammersmith Apollo. He has played the Main stage at Reading and Leeds and several other major festivals.

As an award winning filmmaker, Andy documents many Equal Voices Arts projects, and runs their film based projects.